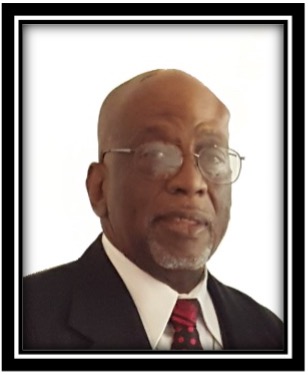 Reverend Dr. Wilbert B. Johnson is married to the former Miss Joyce Newman Curry. They are the proud parents of five children; Angela, Michael, MarQus, Renee and Georgette. He is the oldest of five boys Jerry, Dwight(Deceased), Benjamin and Greg (Deceased). There are 11 grandchildren and one Great grandchild  that are enjoyed by the couple.

Rev. Johnson has worked in the community as a Placement Counselor at St. Augustine University; an Assistant Basketball Coach at North Carolina State University; served as a Case Manager at Just Blessed Missionary Baptist Church and served as Executive Director of Building Together Ministries Incorporated in Raleigh, North Carolina. He also served as a Clinical Chaplain II at Central Prison in Raleigh, North Carolina and at Cherry Hospital in Goldsboro, North Carolina from which he retired after 32 years of State Service. Rev. Johnson has also served in various positions in Lenoir County and is currently serving as the Chaplain of the Democratic Party; works as an Assistant Poll Judge and recently was appointed to the Jury Selection Committee.

Rev. Johnson has received numerous awards starting with the Central Tarheel Jaycee Man of the Year Award and the Appreciation Award from Central Prison Staff for Faithful Service. He is an active member of the General Baptist State Convention where he has received the Martin Luther King, Jr. Award and the Prison Ministry Certificate of Recognition in 1996, 1998 and 1999. He received the Ecumenical Leadership Award from the Omega Psi Phi Fraternity, Incorporated in 2013. Rev. Johnson was recently inducted into the Athletic Hall of Fame for Basketball of Cardinal Gibbons High School in Raleigh, North Carolina in 2015.

Rev. Johnson loves the Lord and his vision for Shady Grove MBC is that it becomes a work-in-progress in God's Work Zone; knowing that we are in the “Right Place at the Right Time” believing we “Can do all things through Christ who strengthens Me” – Phil. 4:13.